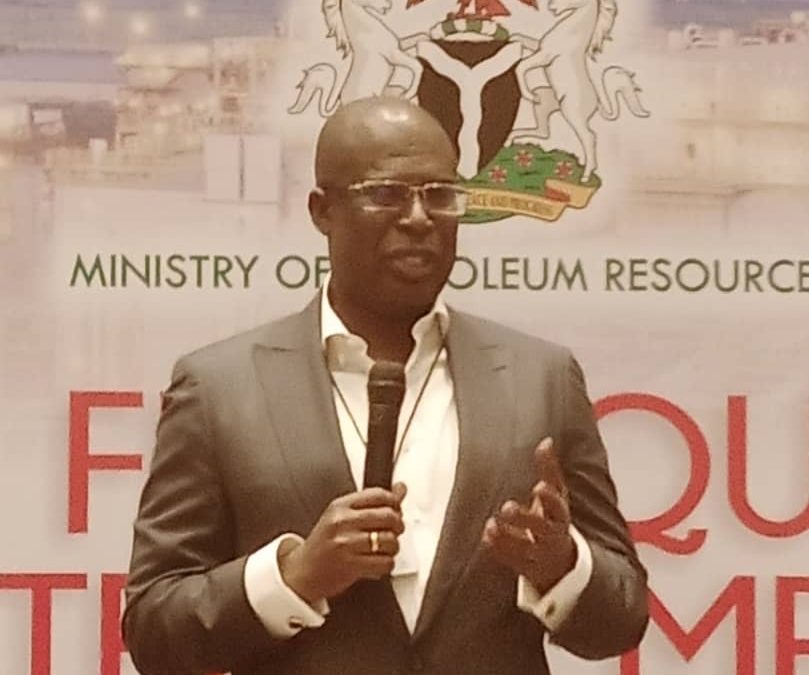 The Petroleum Industry Bill (PIB), when passed into law will not only facilitate a robust upstream fiscal framework that will be beneficial to both government and investors, but will also unlock several midstream and downstream Infrastructural opportunities to further enhance domestic oil and gas and their derivatives’ utilization.
This was revealed by the Honorable Minister of State for Petroleum Resources, Chief Timipre Sylva at the 2021 First Quarter Ministerial Meeting with Chief Executives of the Ministry of Petroleum Resources’ agencies in Lagos on Tuesday, 23rd March, 2021.
Speaking at the event which was hosted by the Department of Petroleum Resources (DPR), the Minister informed that, in the past 20 years, the Petroleum Industry Bill has remained the most debated subject in the Nigerian oil and gas industry. He added that following the renewed cooperation within the Ministry and its sister agencies backed by President Mohammadu Buhari, the PIB is now before the National Assembly.
Sylva recalled that the achievements of the Ministry of Petroleum Resources and its Agencies were highly appreciated. In his words, “the Federal Executive Council adjudged our sector to have performed exceptionally well in six (6) areas of the nine (9) Priority Targets set for the Ministry”. These, according to the Minister were in addition to other initiatives developed  within the year 2020. He informed that it is expected that in 2021, appreciable progress will be made in the areas of; Passage and implementation of the Petroleum Industry Bill, Increase in Crude oil Production to 3 Million Barrels per day and Increase in Local Refining Capacity.
Speaking further, Sylva acknowledged that the cooperation, hard work and patriotism of the Ministry and its Agencies contributed immensely towards achieving a lot in 2020 despite the negative impact of the covid-19 Pandemic. He listed some of the achievements to include; Roll-out of Auto Gas initiative, Flag off of National Gas Transportation Network Code, Completion of the Marginal Field Bid Round,   Commission of the National Content Development and Monitoring Board (NCDMB) Headquarters in Yenegoa, Bayelsa Stare, Commencement of the construction of the Ajaokuta-Kaduna-Kano (AKK)  gas pipe line among others.
The Minister advocated for partnership and collaboration between and among the agencies with a view to achieving set targets.
In his address at the forum, the Permanent Secretary, Ministry of Petroleum Resources, Mr. Bitrus Bako Nabasu, mni, said Nigerians are desirous of the delivery of the many promises already made. These promises according to Nabasu are embedded in the 9 priority areas that was agreed and committed to last year.
He implored the Ministry and Heads of Agencies to rethink their strategies for a long-lasting solution to the problems plaquing the oil and gas industry.
*Enefaa Bob-Manuel*
Deputy Director (Information)
Ministry of Petroleum Resources
23rd March, 2021