As Total visits, Chief Sylva unfolds part of his agenda for Nigeria’s Oil and Gas Sector. 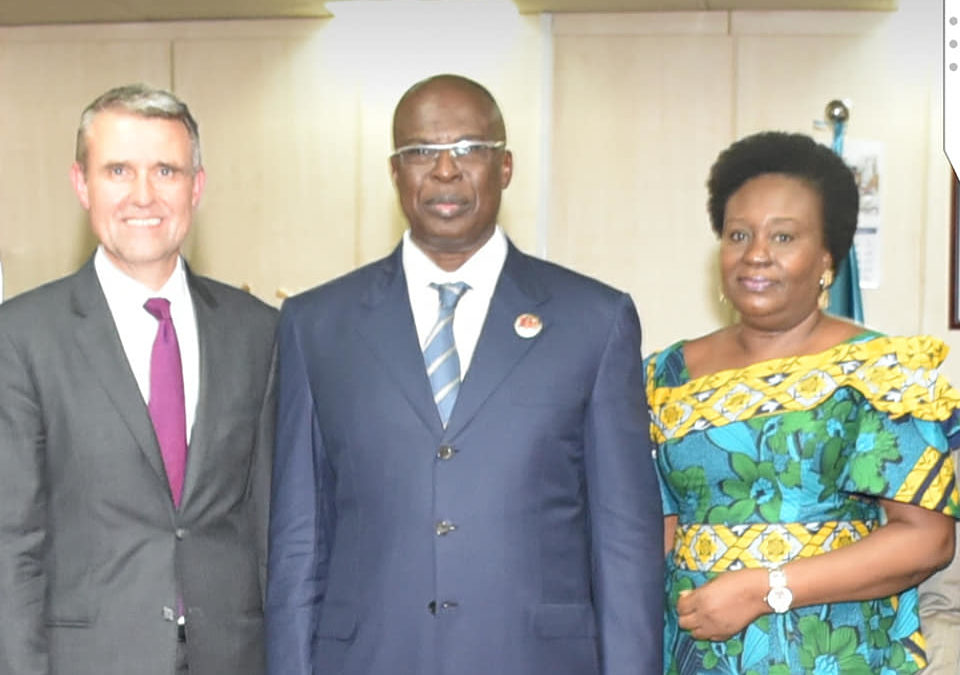 The Honourable Minister of State for Petroleum Resources, Chief Timipre Sylva has partly disclosed what he aspires to achieve in the Oil and Gas Sector of Nigeria: “We have to bring down our cost of production of crude, as we are presently a laughing stock in the way we do our business”; “I don’t see how we can sustain the losses.”

Chief Timipre Sylva was speaking when the Country Chair and Managing Director of Total E & P (Nigeria), Mr. Mike Sangster led a high-powered delegation of his Company on a courtesy call on the Honourable Minister today, 27th August, 2019 in his Office at NNPC Towers, Abuja.

Chief Sylva also frowned at the practice by some International Oil Companies (IOCs) which he expressed the hope that Total E & P is not among, of “selling our assets”, declaring that “those assets are amortized assets; you can’t sell what you don’t have!”

The Honourable Minister further stated that by now, he expected the country to be producing no less than four million barrels of crude per day (4mbpd) but decried the situation where we are still hovering between 2 million and 2.2 million!

Chief Sylva said he is looking at the future of oil and declared that his realization is that “The quicker we produce our oil, the better for us.” “The Industry has to grow. We need to look at exploration”; as he decried that “Our reserves are growing far less than expected.”

The Honourable Minister also envisioned his administration of the sector to take a look at gas development: “Gas development, we need to look at that.”

To be able to set at what he wants to achieve for the Oil and Gas Industry, Chief Timipre Sylva declared the necessity of getting the Petroleum Industry Governance Bill (PIGB) revisited by the National Assembly: “We need to tidy up the regulatory environment with the National Assembly. I have called the Group Managing Director (GMD) of Nigeria National Petroleum Corporation (NNPC) for us to meet with the National Assembly and have a timeline which we can announce to the world. We also need to harmonize the laws so that we don’t have too many” with which we can regulate the industry; the Honourable Minister said.

The Total’s Country Chairman/Managing Director, Mr. Mike Sangster disclosed that the main purpose of the visit of his team to the Honourable Minister is not only to congratulate him on his well-deserved appointment, but also to express Total’s firm belief in the Minister’s readiness to proffer solutions to the challenges facing the oil and gas industry in Nigeria. He further stated that Total would want to build on its longstanding partnership with Nigeria in such areas as cash call arrears.