5th National Council on Hydrocarbon kicks off in Bayelsa State 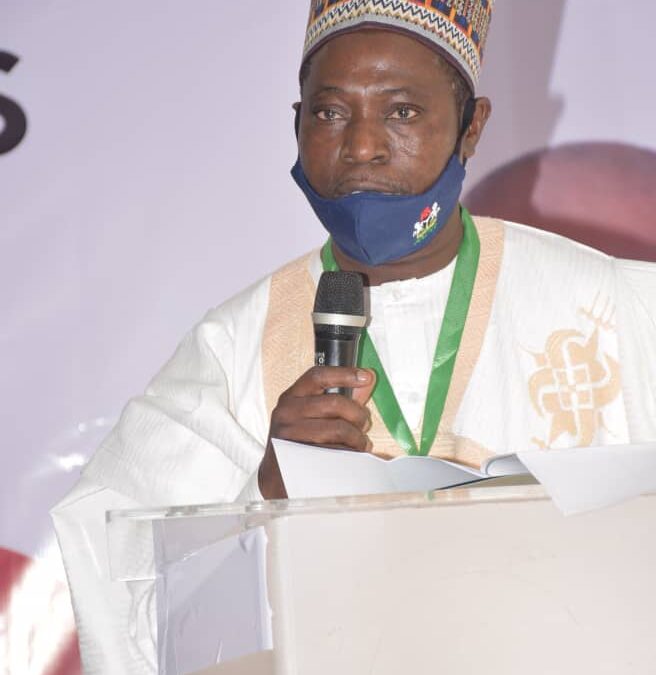 5th National Council on Hydrocarbon kicks off in Bayelsa State

The 5th National Council on Hydrocarbons has commenced in Yenogoa, Bayelsa State. The event with the theme; “The Gas Potentials of Nigeria: Optimizing the Gas Value Chain” began with the registration of delegates and officials on Monday, 23rd November, 2020.

In his welcome address, the Permanent Secretary, Ministry of Petroleum Resources, Mr. Bitrus Bako Nabasu, mni remarked that the National Council on Hydrocarbons has come to stay as the Ministry’s flagship event aimed at garnering ideas that will propel good policy formulation in our Oil and Gas Sector. Nabasu, who was represented by the Director and Head of the Planning, Research and Statistics department of the Ministry of Petroleum Resources, Mr. Musa Sa'eed Talle informed that the theme of the year 2020 edition of the event was well thought-out and apt for the moment. This is against the backdrop of the dependence of the Nigerian economy on revenue generated from hydrocarbons which necessitated the need by successive administrations to pay attention to the oil and gas sector with a view to realizing the numerous benefits inherent in it for the development and diversification of the economy.

Speaking further, Nabasu asserted that the Ministry of Petroleum Resources was created with the mandate to formulate policies, supervise their implementation and regulate the Oil and Gas Industry. He added that the mandate of the Ministry can only be achieved when good and implementable policies are formulated and implemented to the letter. He noted that to him, "this is the principal reason why we convocate annually for this council"

The Permanent Secretary opined that, given the volatility of the global Oil price and it's attendant impact on the implementation of the national budget, the Federal Government through the Ministry of Petroleum Resources decided to tap into the Gas Potentials of Nigeria in order to optimize the Gas Value Chain. It's in this regard that the Honorable Minister of State, Petroleum Resources launched the Nigeria Gas Transportation Network Code and declared the Year 2020 as the year of Gas at the 4th edition of Nigeria International Petroleum Summit held in February, 2020.

As a demonstration of the commitment of the Federal Government to steer the Gas Sector for optimal performance, Nabasu remarked that the Minister of State for Petroleum Resources inaugurated the National Gas Expansion Programme (NGEP) while positive action has commenced on Gas commercialization and flaring.

In his address, the Deputy Governor of Bayelsa State, Senator Lawrence Ewhrudjakpo described Bayelsa State as the cradle of Hydrocarbon activities in Nigeria given that Oil was first discovered in the state.

The Deputy Governor who declared the event open implored delegates and stakeholders going into the technical session to come up with what is needed to be done differently as we explore and optimize our Gas potentials. This according to him will help in avoiding the mistakes and problems encountered in oil exploration which has been on for over sixty years.